When Adani Agri Fresh fixed the apple prices on August 24, at sixteen rupees less than last year’s rate, there was a corresponding slump in the mandis of Himachal Pradesh, causing distress among the cultivators. Farmers in Himachal want the central government to buy their apples like it buys from the growers in J&K. 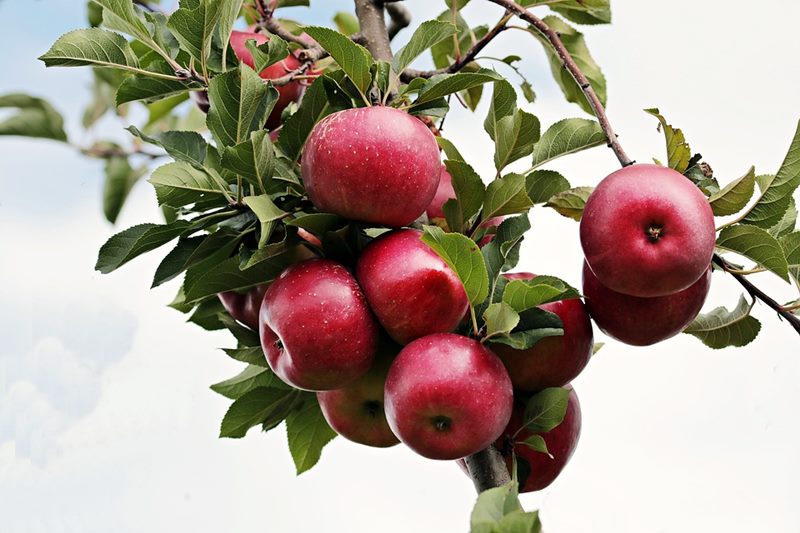 The peak apple season this year in Himachal Pradesh is bringing no smiles to the faces of the farmers. Till a fortnight ago, premium quality apples were selling at Rs 100-Rs 150 a kilogram at the mandi, but not any more. They are selling at anything between Rs 30 and Rs 70 these days. The drop in prices holds true even for the grades B and C apples, which are not premium quality fruits.

Apple cultivators in the state are holding the Adani Group of companies accountable for this sudden price drop. On August 24, Adani Agri Fresh, the arm of the Adani Group of Companies that trades in apples, fixed the price of the supreme quality of apples at Rs 72 a kilogram (kg), and the smaller ‘undersized’ varieties at Rs 12 a kg. The price was fixed by the company till October 29 this year.

This new price, the apple farmers say, is Rs 16 less than the Rs 88 a kilo rate for supreme quality apples fixed by the Adani group last year. The reduction in prices by a big company like Adani was bound to have a cascading effect on the mandi, the farmers complained.

“The point to be noted is that these very same apples are put into cold storage by Adani and then sold at double or triple the rates out of season (after March). Adani has its cold storages at Revali, Sainj and Rohru in the state,” he explained. “If only the Adani company had paid the farmers even three to four rupees more a kilo for the fruits, it would have made a huge difference to them. More so, since expenses have gone up so much,” Bisht added.

According to him, many other companies do the same. They buy up the apples from farmers when there is a glut and keep the fruits in cold storage to sell them at higher rates off season.

Kushal Singh Mehta, officer, horticulture department of Shimla district, seconded Bisht. According to him, the rate of apples always comes down in the peak season (August 15 to September 15). But in the last five or six years the drop in price has been considerable, Mehta told Gaon Connection.

“The peak season, when the rates are low, is when cold storage companies buy the apples. On an average they do not pay more than fifty rupees a kilo for them,” the horticulture officer said.

According to recent media reports, a spokesperson from Adani Agri Fresh said that the rate of apples were fixed in consultation with the apple growers, and the company had received no complaints from the growers from whom it bought the apples.

“A fortnight ago each crate of apple was selling between two thousand five hundred to four thousand rupees at the mandi. I myself sold apples at this rate. But suddenly the prices plummeted, to thousand to fifteen hundred rupees a crate,” Prashanth Sehta, an apple grower and head of Young and United Growers Association, Himachal Pradesh,  told Gaon Connection. “While the price does come down in season, it has never fallen so steeply before,” Sehta, who owns more than three hectares of orchards at Bholad village in Jubbal tehsil in Shimla district, added.

“Everything from diesel to packing material has become more expensive. But the price Adani has fixed is even lower than last year’s,” the apple grower Sehta rued. “We have sold apples at this low rate of fifty to seventy rupees, and we are well aware that these very same apples will be sold at nothing less than hundred and fifty rupees a kilo,” he pointed out.

According to Bisht, “Taking into consideration the price and quality of apples, on an average, the apple grower makes anything between thirty to fifty rupees a kilo.” Now even this looks difficult, he said.

“In order to pick the apples, pack them and transport them to the mandi, it costs up to six hundred rupees a kilo,” Sehta explained. This is over the expenses of the upkeep of the orchards, pruning, the fertiliser and pesticides, etc., he added.

Not just the cost of diesel and pesticides/fertilisers, even the cost of packaging has gone up by 30 per cent, compared to last year, said the head of Young and United Growers Association. “Last year each carton was priced up to Rs 55. This time each carton costs nearly Rs 70. The apple trays that hold the fruits inside the carton, which were priced at Rs 4.50, are now nearly Rs 6. Even cardboard has gone up in price,” Sehta added.

When asked if the price points were dictated this year by the new agri laws, Bisht said, “If Adani had fixed the rate of apples even lower at sixty two rupees a kilo,we would still not be able to do anything about it.”

“This is the reason farmers are demanding that minimum support price (MSP) be made legally binding,” tweeted food and export policy specialist, Devinder Sharma.

The Himachal Pradesh government buys the damaged or scarred apples from the growers. According to Bisht, this year the government bought the apples at Rs 9.50 a kilo through Himachal Pradesh Marketing Corporation (HPMC). These apples are used in the food processing industry of the state to make james, juices, etc.

But the government can procure only so many apples. “While the state government support is a boon for the apple growers, the need of the hour is more support from the central government in procuring the apples like it does in Jammu and Kashmir,” said Bisht.

The central government buys apples from the Union Territory of Jammu and Kashmir through  National Agricultural Cooperative Marketing Federation of India Ltd (NAFED). “The central government fixes the rate of A, B and C grade apples. This can be anything between twenty four to sixty four rupees,” Bisht revealed. He added that when the government machinery fixed the rate, the market supported it and the farmers too were happy to go with it.

A sizable chunk of Himachal Pradesh’s population is directly or indirectly involved in apple cultivation. Other than tourism, apple orchards in the upper reaches of the state are the only other source of income.

The best quality of apples are grown in the upper most reaches of the state. “There are about two lakh (200,000) hectares of apple orchards in the state,” said Mehta, the horticulture officer from Shimla. The business generated from the apple industry is nearly Rs 6,000 crore per annum, he added. The cold storage companies barely purchase 20 lakh (2 million) crates of the apples and the apple farmer is in trouble,” Mehta added.

“Farmers in the state know how to grow good quality apples. But they should put up their own cold storage too, otherwise as we are seeing, the profits are enjoyed by someone else,” the horticulture officer said. The state government offers several schemes and subsidies to apple growers.

“Since 2015, the horticulture department has a scheme for high density orchard owners. It has provided not just know-how but also good quality apple saplings to the growers that will fruit in shorter time periods,” Mehta informed Gaon Connection.

The Adani company has contributed to the know-how of the apple cultivators in the state since 2006. It has trained farmers about quality control, how to fix rates, etc. The company and the farmers have enjoyed a symbiotic relationship.

But not anymore, countered Sehta. “Himachal Pradesh is famous worldwide for its apples. The apple industry provides livelihood for thousands of people in the state. But the farmers are struggling. They have to take loans in order to carry on farming. And there are elements that are taking advantage of their vulnerability and exploiting the situation,” Sehta said. “The government should take cognisance of this,” he concluded.