Urban flood management in India continues to focus only on improving grey infrastructure, rescue and relief. These are all necessary activities, but repeated floods indicate that these actions are insufficient. 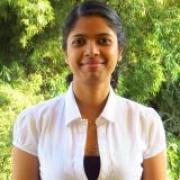 With heavy rains also occurring across many cities, the tension is ripe about urban areas. Photo: Pushkar V/Flickr

India is in the middle of the 2020 monsoon season and the Indian Meteorological Department has forecast a normal monsoon. But regional rainfall variations have already flooded rural and forest regions in Assam and Bihar. With heavy rains also occurring across many cities, the tension is ripe about urban areas. Will Urban India go underwater again?

Grey stormwater infrastructure such as drains, pumps and outfalls are frequently overwhelmed by extreme rainfall events or high levels of stormwater runoff from roads and streets. Not just Indian cities like Bengaluru, Delhi, Hyderabad, Mumbai, and Surat, but many cities in the global south are flooding frequently. With multiple, recurring failure of grey infrastructure globally, alternatives are now being sought. Natural ecosystems such as lakes, floodplains or parks, forests are nature-based solutions (blue-green infrastructure) and offer flexible, low-cost solutions for flood mitigation and management and offer multiple co-benefits.

Urban flood management in India continues to focus only on improving grey infrastructure, rescue and relief, instead of building sustainable solutions to increase resilience. Cities continue to extend/expand stormwater networks, clean/de-silt channels and separate sewage and stormwater drains. These are all necessary activities and cities bear high costs to build stormwater (grey) infrastructure; but repeated floods indicate that these actions are insufficient. Three factors are identified here as major reasons for persistent urban flooding across India.

1. Building in the path of floods

Preliminary findings from an on-going research project at WRI India indicate that in India’s 10 most populous cities (study cities are: Ahmedabad, Bengaluru, Chennai, Delhi, Hyderabad, Jaipur, Kolkata, Mumbai, Pune, Surat), 35% (428 sq.km) of new urban development added between 2000-15 (within 20 km of the city centre) has been on (low-lying, vegetated) high and very high recharge potential zones (Figure 1). All these cities have seen multiple flood events in the past five years.

Space like lakes, wetlands, forests function as natural infrastructure absorb stormwater, reduce runoff volume and speed, thus, reducing flood risk. Destruction and encroachment of these spaces deteriorates the natural flood defense of cities. Analysing satellite imagery of select locations (Bengaluru, Chennai, and Hyderabad) shows that between 1970-2020, lakes have shrunk or been replaced by roads, residential neighborhoods or playgrounds. Such locations routinely flood as stormwater drains into these low-lying areas.

2. Paving the way for floods

Rainwater infiltrates into the ground, flows as surface runoff and evapotranspirates into the atmosphere. Urban areas with impervious surfaces eliminate infiltration, reduce evapotranspiration, thereby drastically increasing surface runoff. A study in the United States indicates that for every 1% increase in impervious surface area there is a 3.3% increase in urban flood magnitude.

WRI India’s on-going research indicates that built-up cover has increased by 47% in 0-20 km of the city center (9% in Mumbai to 127% in Surat); built-up cover increased by 134% in 20-50 km from the city center (30% in Kolkata/Mumbai to 412% in Pune). Most of the 10 cities have flooded repeatedly over the last five years (2015-2020) and paved spaces like large parking lots, roads, underpasses are particularly prone to frequent and severe waterlogging.

Climate change driven rainfall variability is increasing with rainfall equivalent to monthly/seasonal averages falling within a few days. This year (2020) Mumbai received 80% of its average July rainfall in eight days. The devastating 2018 floods in Kerala were triggered by rainfall in excess of 200% of the state’s seasonal average, most of the rain falling within a week. The Chennai floods in 2015 were preceded by 345mm of rainfall recorded on December 1 (average December rainfall for Chennai is 191mm).

Floods have high economic and social costs. Damage from the Kerala floods are estimated at USD 3.56 billion (Rs 27,000 crore) and Chennai flood losses around USD 3 billion (Rs 22,000 crore). WRI Aqueduct platform’s flood analyzer tool estimates that by 2030, 34 million Indians will be at risk from riverine flooding (up from 12 million in 2010).

From reacting to building resilience

Alongside infrastructure expansion and upgrades the official response to floods now seeks to build robust rainfall and flood warning systems like in Chennai and Mumbai. Cities are also creating interactive maps of flood-prone zones (Bengaluru). These measures are still reactive; at best they enable evacuation of people and support effective deployment of rescue and relief measures. While undoubtedly essential measures, these do not proactively prevent floods and mitigate against loss to life, property and physical and social infrastructure.

An urgent reassessment of stormwater and cloudburst management is required in India. Depending solely on last century’s inflexible expensive grey infrastructure is insufficient to manage extreme weather events of today and those expected in the future.

This article has been sourced from WRI India. You can read the original article here.