The current crisis demands solutions for informal workers more urgently than ever. Here are the six points on how the government could help these workers in the present crisis. 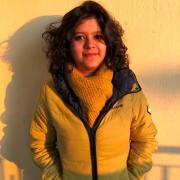 Challenges before the workers are not entirely new, but the ongoing pandemic demands solutions more urgently than ever. Photo: Sujith Devanagari/Unsplash

India witnessed a vast exodus of informal sector workers in the last few months. This has opened a can of worms questioning the role of these workers in India’s growth story. Urban India depends largely on the informal rural workforce that migrates to cities in search of livelihood and helps build these ever-expanding cities. While the informal workforce contributes significantly to creating and building our cities, there work continues to be undocumented. The situation exploded particularly badly when, in March India instituted a highly controlling lockdown and subsequently in April, more than 120 million Indians lost their jobs.

Challenges before the workers are not entirely new, but the ongoing pandemic demands solutions more urgently than ever. In these times, the economic impact is also far more devastating for these workers, who often live from hand to mouth. WRI India’s June 4 webinar on Informal Economy in Our Cities, moderated by Madhav Pai (Director -Sustainable Cities, WRI India), tried to zero in on recommendations as to how the government could help the informal sector workers in these crises. Following are the six broad points that emerged from the conversation:

1) Communities at the heart

Throwing light on the importance of building communities, Sheela Patel, Director, SPARC, Chair Shack/Slum Dwellers International said “My organisation works with a community of federations for people who live in relocated slums, construction workers and other daily wage migrants.” Going forward, communities should be the medium through which all transactions should take place. They should help forge stronger bonds between the government and the civil society members. There are seven primary health centres in Dharavi and 130 hospital beds (as of June 4). However, most of the informal settlements do not seem to be prepared. While the government of India has borrowed USD 3 billion for the pandemic, it remains to be seen as to how much is being used to help these people. The lack of protocols for mediation and regulation in slums, during a global pandemic, from organisations like the WHO, UN and other third-party organisations exposes them more poorly. Therefore, any form of registered associations, community in the informal sector will aid in bringing their voices together to help the authorities better address all their concerns.

2) Data without being exploitative, data through the community

Talking about the pressing need for ways to create a database of informal sector workers, Prof. Amitabh Kundu, senior fellow WRI India, former professor and dean of the School of Social Sciences at Jawaharlal Nehru University, Delhi, said, “When we think of migrants in the informal sector, we think of women and children on railway tracks, huddled in trucks and crowded buses.” In order to be able to distinguish between vulnerable interstate migrants and migrants in the informal sector and for policy intervention it is important to identify them and develop an accurate database of the workers.

The lockdown increased ghettoisation in cramped areas where four people live out of one room in Mumbai. It is important to note that 42% of population in Maharashtra who live in urban areas, live out of one room houses/apartments. This situation could have been avoided, if the exact number of workers who needed to be sent back was known. On the basis of National Sample Survey (NSS) and Population Census, the number of vulnerable people in informal sectors can be identified and this dataset can be presented for building strategy.

Shailaja Chandra, an ex-IAS officer underscored the archaic nature of the current set of labour laws in India. She said that while there is a proposed amendment to the bill stuck in the parliament, the plight of workers can be better understood by gauging their investment of living in the slums/jhuggis in the urban areas. She also highlighted the importance of looking at their lives through the lens of the constitutional provisions and policies governing the political economy. No individual state has been able to create a framework of rules to better mitigate the informal worker crisis.

In India, there are 44 Labour Laws which have so far not been implemented with sincerity. The Labour Ministry is grappling to come to terms with the current situation. The magnitude of inter-state migration in India was reported to be close to nine million annually between 2011-16, while the recent census (2011) pegged inter- and intra-state movement at close to 140 million. Some estimates pitch migrants to be at least 10% of the labour force, contributing substantially to the GDP.

At present, the parliamentary committee is going through to see the viability of the four proposed codes. The states should register every migrant and keep an updated count to enable a correct measure of entitlements. But it is also pertinent to note that registration is just the first step. Finding state resources for them, unless billed to projects hiring migrants, will be harder. Registration will be a colossal challenge and unless the processes are simple, transparent and cost-effective, they can become exclusionary and exploitative. Therefore, registration without exploitation in a simple way is the need of the hour. This has to be thought through in terms of people who are contributing to the GDP, not as mere migrants. Since the government has to look after millions, implementing 44 Labour Laws in four codes in the hands of the existing labour department might not yield much.

It is a reality that the global economic order will now push for urbanisation, and therefore more people will migrate to cities. Many urban areas will now see an influx of migrant/vulnerable workers, which means large groups of people living together without basic services.

4) Create a channel to send them money

Shashank Rao, General Secretary, BEST Workers’ Union said that while there are about 60,000-70,000 taxi drivers in Mumbai, there are more than 15 lakh autorickshaw drivers in all of Maharashtra. As per the state government plan, Rs 10,000 monthly income to all migrant workers has not been successfully dispensed, leaving them with little to no income in the last few months. The only ones who have business right now are vegetables and fruits vendors. While street vendors are self-employed, more than 90% of them are not registered or considered legal, hence, the benefit arising from central government schemes will not be accessible to them. In Mumbai alone there are more than three lakh street vendors, while in Maharashtra more than 11 lakh.

This also calls for an urgent need to review the definition of “Migrant Labour”. Most of them are employed in urban areas for over 35 years and have been part of Maharashtra for several decades. Their investment, revenue making sources and livelihood is here along with their families. They should not, therefore, be called migrants. There has been an announcement of Rs 50 lakh as insurance cover for the families of those affected by COVID-19.

Rao also said that the BEST Management has more than 24 doctors who can be put to service during these times and have also identified centres where COVID-19 wards can be set-up.

5) Technology to the rescue

In the scheme of things, it will be important to acknowledge the use of technology to enable some of these systems. In this light, Shilpa Kumar, Partner, Omidiyar Network India, Ex MD & CEO ICICI Securities, spoke about the importance of tech-enabled enterprises. Within a couple of days of the lockdown, Delhi slum-dwellers received free rations that would last six weeks, women workers got wages and pensioners saw a doubling of their deposits. The needy got meals twice a day within 48 hours of the lockdown and, ever since, two million people (as much as the population of Patna) are being fed daily. Data from the survey suggests the welfare could reach to 80% of the BPL families. Omidyar Network India supports several young enterprises and research organisations to improve urban governance. This community of informal workers in the city are indispensable and each state government needs to implement measures to ensure the basic amenities of the informal sector workers is looked after.

This article has been sourced from WRI India. You can read the original article here.