Despite exposure to the virus, why do some people never get COVID19?

In a lucky subpopulation, some people never test positive for COVID-19 and some that test positive never develop any symptoms. Why? Genetic studies are turning up some interesting answers which could point to new vaccine and treatment approaches. 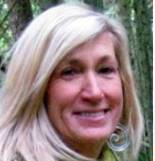 We know there are predisposing factors, such as obesity, diabetes, heart disease, and general lifestyle. But hereditary factors, apart from these pre-existing conditions, play a role.

Do you wonder why some people, despite close and even intimate contact with a gravely ill COVID-19 patient, never get sick? The answer to this question could point to new vaccine and treatment approaches. In this lucky subpopulation, some people never test positive for COVID-19 and some that test positive never develop any symptoms.

These observations suggest two things: that some people have some innate resistance that prevents the virus from entering them, and others, while the virus gets in, and they test positive, never develop symptoms. What’s up with this?

Genetic studies are turning up some interesting answers. A study published last year by Christopher Latz and others at Massachusetts General Hospital revealed an association between blood type and disease susceptibility: people with type O blood seemed less susceptible than those with type A.  Disease outcomes, however, were unaffected.

Also Read: Explained: COVID19’s ‘Mu’ variant expected to be vaccine resistant but not as infectious as Delta — what we know so far

A review by David Robertson and colleagues in the UK summarise how the virus itself attacks human cells and how the mutant strains that are becoming dominant have changed in their potential to infect and cause illness. But it takes two to tango. There’s a host, or human aspect to this as well, since clearly people differ in their responses after being exposed to the virus.

We know there are predisposing factors, such as obesity, diabetes, heart disease, and general lifestyle. But hereditary factors, apart from these pre-existing conditions, play a role. Now, with thousands of cases to examine, more powerful genomic studies can be undertaken looking at the role of the human genotype in this host-pathogen interaction. The other side of the coin.

One obvious place to look was the ACE2 (angiotension converting enzyme-2) gene because it codes for the cell surface receptor where the virus spike protein binds. It turns out, in fact, Birte Möhlendickthat and co-investigators in Germany found that the gene coding for this receptor includes variants that differ among infected and uninfected individuals.

Finally, a broader study by the ‘COVID-19 Host Genetics

Initiative’, using thousands of whole genomes, revealed 13 genes as having strong associations with disease susceptibility, and/or disease severity4. The majority of the genes were connected to lung function and to the immune system.

An important next step is to examine the contributions of genetic differences among ethnic populations at the global level. Such differences have a long history of importance in our understanding of environmentally induced diseases at the level of different geographic populations.

One case is that of lactose intolerance. Populations vary significantly in their ability to metabolise lactose, a sugar in milk, once they become adults5. The consequences of ingesting milk for a lactose intolerant person include diarrhoea, gas and bloating after eating or drinking dairy products.

Also Read: By roping in religious leaders and young influencers, Unnao in UP is addressing vaccine hesitancy

Another example is the gene for sickle cell anemia. The gene causing this painful and sometimes fatal disease, is at high frequencies in Africa and in people of African descent in other parts of the world. Owing to the production of abnormal hemoglobin, in people with two copies of the gene, red blood cells assume an abnormal shape, which impairs their ability to move properly through blood vessels.

These are important examples of how population differences in genetic makeup may interact with environmental factors to result in serious health problems.

Also Read: The virus aside, it was the lack of information about COVID19 that killed many in the second wave in rural India

With respect to COVID-19, geographic and ethnic differences exist in both susceptibility and outcome. So do the frequencies of the genetic variants already determined, as mentioned above. How might population differences in these genes influence the degree to which infections have soared, for example in India. The next step is to discover what connections between the genetic variations we see across the globe with COVID-19 patterns. COVID-19 is a global problem and requires global, inclusive approaches if we are to control this pandemic.

Clearly there is an interaction between the virus genotype and that of the host. The interaction can determine the outcome of virus exposure, the difference between health or illness and even death. These exciting findings point the way to developing better preventions and personalised treatments at a global level.

Dr. Therese Markow is an award-winning geneticist who has held endowed professorships at major universities in the United States, as well as positions abroad. She now turns her attention to connecting with a broader audience, by having critical discussions, in everyday language, about issues that impact our health, our society, and our planet within her weekly podcast, Critically Speaking. Views are personal.