Hundreds of people queue up, unmindful of the sweltering summer heat to fill drinking water from the Delhi Jal Board tanker for their families. But, many of them return home with empty buckets. The Delhi unit of the BJP staged a protest today; DJB blames the neighbouring state Haryana. 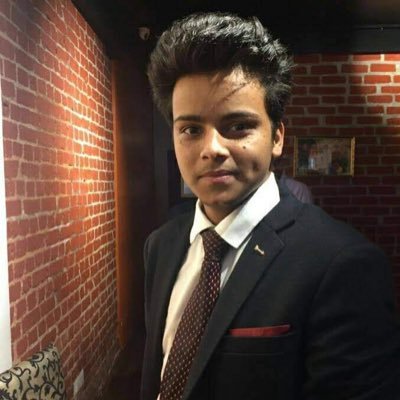 The delayed monsoons have added fuel to fire of Delhi's water shortage. All photos by Amit Pandey

Long queues of people holding onto  colourful plastic buckets, pots and pans,  wait their turn to reach the Delhi Jal Board (DJB) water tanker. The line only gets longer and barely moves. Kusum is losing hope. The 36-year-old had hired a rickshaw in which her empty buckets waited to be filled.

“I have waited for four hours but have still not got any water. My family of five daily needs at least five to ten litres of drinking water,” Kusum despaired.

Not too far from her, 42-year-old Ramesh, held on to his bicycle with two cans. “It is always like this here. I can’t fill water in this crowd,” he said in disgust to Gaon Connection, and trundled away, the empty cans rattling against his cycle.

Kusum, Ramesh and hundreds of others waited for water in the scorching Delhi summer at Karawal Nagar, on the outskirts of East Delhi. Most of them were residents of Bhagat Singh Colony, while some others had come there from the nearby Sonia Vihar to try their luck.

It is July 12, and the southwest monsoon is yet to arrive in Delhi. The normal date of its arrival in the national capital region is June 28. It is said that for the first time in 18 years, the monsoon is delayed in Delhi. With heat and humidity rising, water woes have worsened and people are running from pillar to post to fetch water.

Also Read: Life dries up as a village on the bank of Narmada in Madhya Pradesh runs out of water

The matter is taking a political turn as today, the Delhi unit of the Bharatiya Janata Party (BJP) held a protest at the residence of Satyendra Kumar Jain, Delhi’s health minister and chairperson of the Delhi Jal Board. The protest was about the water crisis in the capital city. Water cannons were used on the protesters.

BJP state president Adesh Gupta claimed that more than a hundred places in the capital were suffering from shortage of clean water. In his tweet, he said they would be staging protests in each of those locations.

“If I don’t collect water from here, my family will have to either drink the brackish water from the handpump or buy water,” Rahul, resident of Bhagat Singh Colony who was waiting at Karawal Nagar for more than two hours, told Gaon Connection. The 20-year-old college student had skipped online classes to be there. After the long wait, Rahul only managed to fill one of his two pans with water.

Also Read: Only 33% rural households in Karnataka have tap water supply; state govt promises tap connection to all by 2023

Robina was not so lucky. She did not get even a drop. “The Delhi Jal Board tanker comes to Karawal Nagar just once a day. The government keeps asking us to maintain physical distance. How can we do that here,” she asked, disgruntled.

As she prepared to go elsewhere to see if she could find water before her husband returned home from work hot and thirsty, she said her family was moving out from Karawal Nagar locality to a place where water was not such a problem.

This scene is played out not just at Karawal Nagar. Many places in the capital suffer the same water crisis. And the delayed monsoons have added fuel to fire.

According to a research paper, ‘Bridging Water Demand and Supply in Delhi: The Potential of Rainwater Harvesting’, authored by Rumi Aizaz, a Fellow at the Observer Research Foundation, water demand in Delhi is at 1,260 million gallons per day (mgd) and supply is at 937 mgd. This means that about 25 per cent of the demand (or 323 mgd) is not being met. Indeed, 17 per cent of households do not have access to piped supply, and 13 per cent of unauthorised colonies are not covered by any piped network.

“Without sufficient access to water, large proportions of Delhi’s population are adversely affected in their various water-dependent activities, such as sanitation, domestic activities, and horticulture, as well as construction, irrigation, and industry,” reads the research paper.

It goes on to note that the capital city has limited surface water resources (i.e., rivers, lakes, and canals) in its jurisdiction, and is dependent on water-abundant neighbouring states for meeting nearly 50 per cent of its raw water needs.

According to its website, the Delhi Jal Board supplies potable water in water deficit areas through 800 tankers at different zones in Delhi. These are at those locations that do not have piped water connections. But clearly, this is not enough.

“A person can live without food, but water is quintessential for living. I managed to fill three cans of water. I do not have to worry for two more days,” Valmiki Prasad, who had also come to Karawal Nagar to collect water, sighed in relief.

The hundreds of unplanned colonies, slums, and villages pose a problem as they do not have proper water lines nor sewage lines.  But, in January this year, the Delhi High Court declared that just because a settlement or a colony was unauthorised, it did not mean it should be deprived of drinking water.

The High Court pointed out that the Right to Access To Drinking Water is a fundamental right to life, and under Article 21 it is the state’s duty to provide clean drinking water to its citizens. The court was dealing with a petition filed by 53 retired army veterans.

According to Raghav Chadha, vice chairperson of Delhi Jal Board, the Haryana  government had reduced the water supply to Delhi, which reduced the water coming into the three water treatment plants that received water from Haryana.

The volume of water was reduced from 245 mgd to 154 mgd.  To resolve this crisis, Delhi Jal Board will knock on the door of the Supreme Court to receive its legitimate share, tweeted Raghav Chada.