Women are 17 times more likely to be assaulted by their spouses during the lockdown. Experts warn that the cases of violence against women and children are likely to remain high. Here are five ways any citizen can build a sense of safety for people facing domestic violence 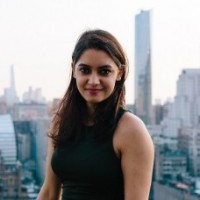 India’s COVID-19-related lockdown has ended in some states and been extended in others, and experts warn that cases of violence against women and children are likely to remain high. Within the first month of the lockdown, data revealed an alarming surge in reported cases. This ‘shadow pandemic’ is widespread: Women are 17 times more likely to be assaulted by their spouses during the lockdown; the country’s emergency helpline for children received 92,000 SOS calls in the span of eleven days; and the National Commission for Women helpline reported that distress calls reporting domestic violence had nearly doubled. These numbers are disturbingly high, and this is after the fact that around 70 per cent of cases go unreported.

One encouraging sign, however, has been the spate of persuasive campaigns against domestic violence that have quickly flooded social media. With a host of Indian celebrities giving voice to the cause, so far, messages have predominantly focused on two objectives. First, empowering people to report abuse, either to the police or via helplines. Second, raising funds for nonprofit organisations working on this issue.

Still missing, however, are frontline strategies that can be adopted at the required scale, across urban dwellings or in rural districts and villages across the country.

Making little distinction between income levels or the urban-rural divide, the rampant violence the country is seeing also demands that solutions go beyond a handful of experts or specialist organisations, and become embedded in every community as everyday practice.

The spotlight needs to turn away from the celebrity influencer to a more underrated actor: the concerned citizen. Though they may lack technical knowledge, members of a person’s community—neighbours or friends—are perfectly positioned to take action during the lockdown (and after), and can play a powerful role in preventing violence.

Neighbours have physical proximity to high-risk households and access to local intelligence, and usually have established relationships with other community members. Research on bystander intervention shows that it is particularly powerful in geographically close-knit communities, and most effective when children are believed to be involved in the incident.

Existing groups (such as city-based housing cooperatives, mohalla committees, women’s self-help groups, church networks, or sports groups) offer a ready platform that can be leveraged for the safety of women and children. Since the lockdown began, these groups have been collaborating actively—coordinating groceries and supplies, disseminating information, assisting senior members, and more.

Women’s organisations across the country have been building violence prevention systems into communities over the last few decades. These grassroots efforts hold interesting lessons for any concerned citizen. Here’s what existing community-based groups can learn to build a sense of safety and well-being for people who might be facing violence:

Research shows a strong correlation between social isolation and abuse. During the lockdown, people might end up spending more time with abusers, alone and cut off from others. But even after the lockdown, isolation could make women and children vulnerable. According to the World Bank, the average woman living in rural India has only three friends, and 80 per cent don’t have friends of another caste. (In contrast, the average American woman has eight friends.)

Many women in vulnerable areas in India have little interaction with people beyond their immediate family. Forty-seven per cent of married women reported that they do not have the final say about visiting friends and family. In urban India, contrary to the belief that women may interact with people through work, female labour force participation is one of the world’s lowest, at 23 per cent as of 2019.

In the case of children, being stuck at home, constantly on edge and exposed to volatile situations can be difficult. Divya Kumari*, an adolescent girl living in Patna, Bihar, comments on how tensions are high in lockdown. She says, “My elder brother goes out at night and comes back drunk the next morning. My parents don’t have enough money for food right now—they scream at each other and fight with me too. Now that everyone is at home, I have to do housework all day. There is no time to rest. If I do, my brother gets angry with me. Sometimes, he also gets violent.”

According to data from Childline, 30 per cent of calls received are from children in distress. Another 20 per cent are from children who just want to talk—to connect with someone, or seek emotional guidance and support—perhaps indicative of the absence of supportive adults or peers.

While assessing ways we can provide support as bystanders, we should not underestimate the power of just talking and making survivors feel like they are heard, believed, and understood. A citizens’ group or a neighbourhood committee can organise social media groups or live meetings (post-lockdown) to build rapport and support systems for women and children.

In 2008, human rights organisation Breakthrough launched ‘Bell Bajao’, an international campaign calling on neighbours to interrupt violence simply by ringing the bell and asking for something as innocuous as a cup of milk, for example.

Not only did this help neighbours across India identify how they could intervene, but it also clearly signalled that men have a role to play other than as perpetrators of violence. The campaign changed the belief that domestic violence is a private family issue or a ‘women’s issue’ and placed it squarely at the centre of communities, as everybody’s problem.

We, at Aangan, mobilised men across 300 villages and bastis in Bihar, Rajasthan, and Jharkhand to speak out against domestic violence during the lockdown. The men have been sending out personal WhatsApp message to peers and local residents, urging them to join neighbourhood groups to act and intervene in cases of domestic violence.

The narrative around getting ‘justice’ is powerful, but it would be unfair to prescribe only one strategy—going to the police—to survivours of violence. Data tells us that legal solutions are not always people’s sole priority, and India’s fourth National Family Health Survey reveals that a majority of survivours reach out to family and friends before seeking formal support. Only four per cent approached police as a first choice. Simply having information about laws or helplines might not lead people to go the legal route.

A survivor-centric approach to providing legal services, like the one Mumbai-based nonprofit Majlis has built, responds to this need. Their extensive ground-level experience showed that the process of breaking silence or seeking justice can be brutal and difficult for people facing domestic or sexual violence. The Majlis model was honed to help survivors navigate otherwise intimidating situations such as visiting a police station, making a formal complaint, going to court, or applying for compensation.

Citizen groups could create conditions that make it easier for people to report violence by providing specific local information and key contacts to police, lawyers, doctors, and counsellors. If experts—lawyers or social workers—are not accessible, even a small group of citizens accompanying the survivor to file a report could help.

4. Plan for safety and emergencies

If situations reach a point where survivors want or need to leave their homes, neighbours can support them to devise safety plans, create exit strategies for emergencies, identify safe spaces, make childcare arrangements, and so on.

Pratima, a 43-year-old woman from Patna, Bihar, comments on how the fear of retaliation, family turbulence, financial loss, and stigma are some things that stopped her from leaving her husband, despite repeated abuse. What helped her to ultimately take action was her parents agreeing to keep her daughter with them. Kamla, a 49-year-old domestic worker from Palghar, working in Mumbai, remembers how her legal case amounted to nothing. Her life changed when a friend helped her plan to budget for a rented home and offered her a temporary place to stay in the interim, and when her employer allowed her to bring her toddler to work.

In a basti in Malvani, Mumbai, Mallika Khan, Shaheen Ansari, and Shabeena Syed have started a neighbourhood group against domestic violence. Trained by Aangan on child safety and certified as paralegals by Majlis, they have intervened in 48 cases to support survivors over a year. Since they lockdown began, they have started a ‘whisper circle’—a silent network of fifteen women who have established code words that help people signal that they are in danger to friends, who in turn, can call the police on their behalf. Even before the crisis, they have helped women make safety plans for themselves and children, and have already intervened in five cases during the lockdown.

In Delhi, nonprofit Jagori has been conducting safety audits of the city, to assess whether women and girls feel safe accessing public services. The auditing process has the added benefit of kickstarting dialogue between women and the police, alerting them to safety issues faced by women and girls in the city. Open communication channels with officials are crucial for all residents. When officials publicly assert that they take women and child issues seriously—through regular patrolling or improving school safety—people might feel more hopeful about reporting violence.

Community-based groups can assess how institutions in their areas respond, given that women and children often fear that their reports will be met with inaction, insensitive responses, or even retaliation from local officials. The groups could also work towards building rapport and trust with their local officials, and aim towards holding them accountable for the safety of women and children.

Ratna Gill is the head of communications and advocacy at Aangan, a nonprofit committed to preventing child harm in India.

Suparna founded Aangan with a psychosocial programme for child survivors in a Mumbai rescue home.

This article was originally published on India Development Review. You can read the original article here.