Despite regulations, lead in paint remains a health concern in India

Lead has been recognised to have negative effects on children's neurological development. In 2016, the Indian government enacted rules to limit lead content in paints to a maximum of 90 parts per million. However, implementation challenges remain, especially in the small and medium scale enterprises. 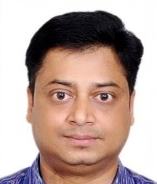 It is festival time with Diwali just around the corner and people getting their homes painted and decorated to welcome the goddess Laxmi.

Do you know that lead, a known toxic heavy metal, is being used in paints for ages. Since 1943, lead has been recognised to have negative effects on children’s neurological development because lead may easily replace calcium.

Calcium is the medium via which neurons in the brain communicate, and if lead replaces it, there is either too little or too much communication between neurons. For example, this can result in abnormal mood swings or difficulty in processing information.

The most common route of lead exposure is found to be ingestion. Young children are usually exposed to lead through the practice of licking doors and windows or ingesting dry paint. Exposure to lead occurs over a short space of time (acute poisoning) or a prolonged period (chronic poisoning).

Also Read: No respite from fevers in Firozabad; families incur heavy debts to treat their kin

No safe level of exposure to lead has so far been identified. However, some health authorities have defined excessive exposure when the blood lead level exceeds 5 micro grams per decilitre (μg/dL) in children less than six years of age. However, after the health impacts of lead came into the limelight, many countries in Europe and the US started taking decisive action to phase out lead from paints.

Lead (Pb), a heavy metal, occurs naturally in soils. It has been used in a variety of products, including lead-acid batteries, pigments and paints, solder, ammunition, ceramic glazes, jewellery, and toys, as well as some cosmetics and traditional remedies.

Lead poisoning occurs due to excessive exposure of lead to humans and sources revealed the deadly consequences of lead poisoning contributed to the collapse of the Roman Empire in 476 AD. Records reveal that they drank beverages cooked in lead vessels and channelled spring water into their dwellings through lead pipes. As a result, lead poisoning plagued the Roman aristocracy with ailments like gout and hastened the fall of the empire.

Lead is commonly used in household paints for ages giving rise to “Lead-laden paints” or “Lead Paint”. Lead compounds are generally added to paints or similar coating material to give them certain properties such as colour, shine, durability, and reduced corrosion on metal surfaces or faster drying time. For the same reasons, lead compounds may be present in other types of coatings, including varnishes, lacquers, enamels, glazes, and primers.

Lead additives are most commonly used in solvent-based paints due to their specific chemical properties. Such solvent-based lead paints and coatings are still widely available and used in many countries. Lead chromates and lead molybdates, which are brilliant yellow, orange, or red, are the most often used lead pigments. On the contrary, water-based latex paint rarely contains intentionally added lead compounds.

Lead poisoning mostly occurs due to dried-off paints, as they start to decay and their dust contaminates the entire environment putting human health at risk.

Lead paints can remain a source of exposure for many years. The improper removal of lead paint is another major reason for increased lead concentration in the home environment, if not done safely. Even in countries that banned lead paint decades ago, there are still many homes where lead-painted surfaces can be found.

Also Read: The Toymakers of Varanasi: Crushed by COVID-19 and Chinese imports

Phasing out of lead in paints

The Global Alliance to Eliminate Lead Paint (Lead Paint Alliance) is a voluntary cooperation between the UN Environment Programme (UNEP) and the World Health Organization (WHO) to prevent lead poisoning by promoting the phase-out of lead-containing paints.

As of December 31, 2020, seventy nine countries have legally binding controls to limit the production, import, and sale of lead paints, i.e., 41 per cent of all countries across the globe are having some sort of regulations for lead in paints. However, most of the national laws across the globe do not specifically ban lead in paint for industrial uses.

Lead in paints phase out movement in India witnessed a long struggle in reaching the current lead in paint regulation and it dates back to the year 2007 when Toxics Link released its first report with an alarming concentration of lead i.e., 140,000 parts per million (ppm) detected in several leading paint brands manufactured in the country.

A high concentration of lead was detected in some of the leading paint manufacturers in the country in subsequent two reports by Toxics Link in 2009 and 2011. With sustained campaign and dialogue among the industries and public health experts together with advocacy groups, a gradual phase-out of lead from paints was attained by the leading producers.

Further, in the years 2013 and 2015, studies conducted by Toxics Link established the fact that though the leading brands have phased out lead from enamel paints, a high level of lead in the paints manufactured by small and medium scale industries emerged as a major concern.

Regulating lead in paints in India

Finally, the Government of India acted upon the issue and notified the “Regulation on Lead content in Household and Decorative Paints Rules, 2016”. It notifies that the lead content in paints should not exceed 90 ppm with effect from November 1, 2017.

However, there have been challenges. Toxics Link’s research studies in 2018, 2019 and 2020 have reflected the poor implementation of the rules on the use of lead in paints in the country even after the rules came into effect in November 2017. The overall scenario across the country has not improved much as revealed by Toxics link research studies.

The presence of unlabelled products in the market raises concern on how these products are being approved. Another important finding of the study is the lack of a system in place for the certification of lead-safe paints. Moreover, those paint manufacturers who are violating the safety standards need to be prosecuted and penalised under the Environment Protection Act 1986.

Even though there is a wide recognition of the harmful effects of lead and many countries have taken actions, exposure to lead, particularly in childhood, remains a key concern to health care providers and public health officials worldwide.

A 2018 study by Aligarh Muslim University pointed out how lead-based house paints are a potential source of lead exposure among 260 children (6-144 months) of Aligarh in Uttar Pradesh. The team suggested that meticulous renovation and painting of the walls with safe paints was desirable.

Over the years, Toxics Link’s studies have found that there are bottlenecks in Small and Medium Scale Enterprises (SMEs) in adhering to the regulation of 90 ppm. There is a need for handholding through technical or financial resources to the SMEs to shift to lead-free paints. It is reiterated in our studies that India has capacity and capability to phase out lead from paints.

Almost exactly 100 years after its invention, leaded petrol is no longer legally available for sale anywhere on Earth. The successful campaign to rid the world of leaded petrol can inspire new efforts to phase out lead in paints.

Piyush Mohapatra looks after the Chemicals and Health programme of Toxics Link focusing on the research and policy aspects of chemical management in the context of health. Shania Tahir works in the same team of Toxics Link.