Needs of children must be taken into account while planning Indian cities. Here is why

In India, 43 children die in road accidents every day. Not considering the needs of children while designing roads may have such tragic consequences. 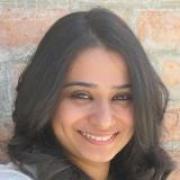 In contemporary India, the household revolves around fulfilling the needs of children at home. Children are central to the decision-making process at every level. While Indian families make children a priority in designing households, our city-planners do not take into account the needs of future generation while planning Indian cities.

Cities must work for all, more so for the future generation that will grow in the cities. The first step in designing inclusive infrastructure in the city is to listen to its users. During the last decade Design Thinking methodology wherein human-centered approach and empathy are considered as the primary tools of design has gained the prominence. In November 2019, WRI India’s team organised a walking-workshop in partnership with the municipal corporation of Gurugram to listen to the young street users in order to design better streets in the city.

While designing cities, there are two other important concerns that one has to keep in mind. Firstly, many researchers and child psychologists have stated that a child needs to spend quality time outdoors for overall development. While outdoors, children tend to cultivate multiple social and survival skills. So, it becomes all the more relevant to include their voice in the process of designing streets and urban infrastructure.

Secondly, in India, 43 children die in road accidents every day. Therefore, not including the needs of children while designing roads has tragic consequences.

An important factor in building an urban space with a child-centric character, one that is secure, sustainable and enables safe, independent experiences, is allowing children to voice their concerns. The Child-Friendly Cities Initiative launched by UNICEF and UN-Habitat in 1996, stated that one of the guiding principles while designing a city is keeping in mind that children have the right to express their opinions and influence decisions that affect them directly.

Developing a model of engagement

Building better cities for children results in better cities for all. Under the Visions Zero for Youth initiative by the FIA Foundation, a global road safety philanthropy, WRI India undertook a project to initiate the transformation of street designs around schools in Gurugram by incorporating safer infrastructure with a focus on mobility challenges that children face.

Addressing these issues will help children to use streets and engage with the urban infrastructure.

As part of the initiative, we co-partnered with the Municipal Corporation of Gurugram and an NGO, Raahgiri Foundation to organize a WALK_Shop – an engaging exploration that led to useful recommendations based on perceived issues. The WALK_Shop was organized with students from three schools across Gurugram to gauge the city’s streets through a child’s eyes. Street design experts designed the WALK_Shop keeping in mind the non-technical background of stakeholders as well as young participants.

School children with adults, walked around one of the schools on four different routes spanning one kilometer each, recording direct observations. Using simple techniques such as a green cardboard frame (to indicate what they liked) and a red frame (to indicate what they didn’t) the groups were asked to share feedback. Four groups of children and adults, ranging from school students and their parents to residential welfare association members, set out on four pre-determined routes. Each group was accompanied by street design experts, like urban designers and planners, acting as moderators. The routes mapped were paths most often taken by these students. The adults followed the children, staying in the background, as the children captured photographs on mobile phones by carefully positioning the frames over aspects of road design they liked or didn’t.

The Municipal Corporation of Gurugram was co-partner in the event and was represented by Raman Sharma, Chief Engineer, who joined the conversation to review recommendations with the intent of taking them forward. Caregivers, teachers and parents, together with Sharma, sought to understand the children’s perspective during the workshop. After the workshop, the aforementioned groups gathered to record their reflections and put together interactive maps based on existing observations, issues and recommendations by children.

One 14-year-old girl participant stated, “We disliked the discontinuity of footpaths as we can’t walk and cycle.” Agreeing with her on the state of the pavements, a 65-year-old man said, “It is a signal for pedestrians: Don’t walk or do at your own risk.”

The main concern of children was the common occurrence of speeding vehicles. Unfortunately, children lack the ability to judge the speed and gap of an approaching vehicle and this becomes even more dangerous when vehicle speeds higher than 30kmph. Though adult drivers prefer fast roads, slower roads tend to work better from the perspective of road safety. Recently, the Third Global Ministerial Conference on Road Safety, the Stockholm Declaration, made a recommendation on speed management and reducing speeds limits up to 30kmph within city limits. During the workshop, it was noticed that while children wanted more interactive green spaces on streets where they could engage with the spaces, adult participants focused on the enforcement of traffic rules to reduce speeds. Both of them focused on slower streets albeit from different perspectives. The WALK_Shop ended with the Chief Engineer acknowledging the ideas and committed to bringing in necessary interventions.

The process had three critical takeaways as a ‘model of engagement’ with young street users. Firstly, any method to engage with children should include direct and independent participation with observations recorded impromptu as well as through innovative data capture mechanisms. Secondly, it is essential to get the viewpoint of caregivers, educators, civil society members and implementing agencies to hone the child-specific perspective further. Thirdly, achieving a tangible solution, such as formulating an intervention project at the end of a program, is not a determinant of success for such a model. The goal of the WALK_Shop was to get road users, young and old, to engage with the streets and take stock of on-ground issues firsthand and initiate a dialogue with decision makers. A series of such engagements would be required to build concrete elements for developing safe commuting systems specifically for the younger generation. Going forward WRI India will engage in more of such activities.

This article has been sourced from WRI India. You may read the original article here.