Do sex workers, who often hail from poor rural households, really have a choice?

Nagpur’s iconic red-light area Ganga Jamuna is in the news these days as the law enforcement authorities have decided to pull down the shutters on this 200-year-old red-light district in Maharashtra. While we debate the merits of this decision, it is time we focussed on the plight of sex workers in India and the ‘choices’ they have. 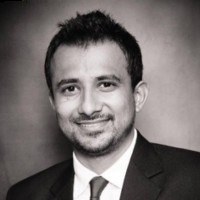 According to a report released by UNAIDS there were 657,829 prostitutes in India in 2016.

The Nagpur police’s recent decision to close down the 200-year-old iconic red-light area Ganga Jamuna in Nagpur has reignited the old debate of whether it is fair to pull down the shutters on the red-light district, which is the “sex workers'” principal source of income.

I am reminded of a 21-year-old woman from Rajasthan, who had been trafficked to the Ganga Jamuna red light district, and whom I had met while volunteering as part of an anti-trafficking team. After being rescued, she recounted what she used to undergo on a daily basis.

It was almost compulsory for a young woman like her to daily ‘see’ roughly 25 customers. The majority of the customers came for a 10-minute session, which cost between Rs. 1,000 and Rs 1,500, because it was extremely expensive to hire her for an extended period of time that cost anywhere between Rs 5,000 and Rs 6,000 per hour.

She had no choice to deny customers brought by her pimp or brothel mistress. Worse, she could not even say NO on days when she was menstruating. On the contrary, she was sold at a higher rate on menstrual days of the month.

During another such anti-trafficking raid, I met 16-year-old Mini, who hailed from Bangladesh, and has been trafficked to India under the guise of acquiring a housekeeper’s job. Mini told she had dropped out of Tangail district school in Bangladesh, her mother was mentally unstable, and her father had died.

In her post-raid statement, Mini informed that she was approached by two men from her neighbourhood who promised her a job in India. She had to make the difficult decision to leave Dhaka and her mother, in order to earn money and support her mentally unwell mother and the other family members. They left via road from Tangail, and all she remembered was being handed a glass of juice and then waking up in a room with ‘strange men’ staring at her in Mira Road, a town adjacent to Mumbai city in Maharashtra, over 2,300 kilometres from her home.

After being raped and beaten repeatedly for weeks, she said she had to give up as she saw no ray of hope. Her body, including her private parts, were pockmarked with cigarette burns. From Mira Road, Mini was sent to Pune, where her pimp continued to move her to different lodges every day, selling her to multiple men who came to buy sex. Mini even had an Indian Aadhaar card, a fake Indian-sounding name that made her clients and cops believe she was from West Bengal in India.

Often these painful stories of sex workers are passed off as “it’s her choice and a job”. A job with no medical insurance, no fixed timings, no right to deny a customer, no Provident Fund, no access to government welfare schemes, minimal vacation, an unhygienic workspace, and customers who already are physically, verbally, and mentally abusive.

Meanwhile, red-lights areas and those governing these areas proliferate and earn profits. Let’s look at the economics of a red light district.

Red-light areas are not recognised on paper, and there is no research that can tell us the actual number of red light areas or women in prostitution in India; however, the UNAIDS (The Joint United Nations Programme on HIV/AIDS ) published a pessimistic estimate in 2016 saying there were 657,829 prostitutes in India.

Despite having stringent regulations against sex trafficking and pimping, the amount of money a brothel can make is mind-boggling. Let’s look at the maths of it: In India, an average brothel may have anywhere between five to eight young women, with two to three girls under the age of 18 for ‘prime customers’ who can afford Rs 6,000 to Rs 8,000 per hour.

Here are some more calculations: A young woman between the age of 18 and 25 years, who has to attend roughly 20 customers per day for brief engagements of 10 minutes each, costs around Rs 1,000 per customer. Increase that by five girls and you have an earning of Rs 100,000 per day. This becomes Rs 3 million a month, or Rs 36.5 million a year.

Also Read: Their work is considered illegal which invisibilizes them. Coronavirus and social distancing have further pushed the sex workers into a dungeon

Nagpur’s Ganga Jamuna red light district, which is at present in the spotlight, has 188 brothels. Roughly speaking, it is believed that this red light area has a an annual turnover of around Rs 680 million.

Dipesh Tank is a social activist from Mumbai and an advocate of Anti-Human Trafficking and Women Rights. He is the founder of Youth For People, War Against Railway Rowdies and several other social initiatives. Names of survivors have been changed as per request. Views are personal.