Should we ask our farmers to produce more oil and energy crops so that we don’t have to import edible, crude oil? Is this the right time to address the problem of rampant use of chemical fertiliser? 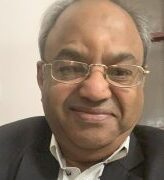 The coronavirus pandemic has, on the one hand, created a catastrophic downturn of crisis, and on the other, it has made people think and introspect about what has gone wrong? The question now to ponder over is how to address our country’s needs? We are a country of a billion people and can definitely work towards bringing the much-needed change and transformation required in the agriculture sector and in terms of food security with accountability and responsibility towards humans, animals, and the environment. These could be the four game-changing steps:

Annually, India imports both, edible oil, and the petroleum crude wherein substantial foreign exchange is consumed. Let the farmers produce as much oil and energy crops as possible to completely stop the import of edible oil. Policymakers need to be reminded that the oilseed production in 2016-17 was so high that the minimum support price (MSP) of mustard seed was down by almost 30% leading to a problem of plenty. The government can announce a five-year roadmap with a 100% self-sufficiency and a ‘no more import’ mission. Every litre of oil replaced with indigenous production can generate jobs and small business enterprises can flourish in rural areas. The edible oil grid established all over India with no restriction can save huge foreign exchange.

2. The agriculture and livestock sectors hold the potential to provide alternative resources

The next commodify on which huge foreign exchange is consumed is our appetite and the need for fuel to drive our GDP growth. The agriculture and livestock sectors hold the potential to provide alternate resources to produce biogas; ethanol can be produced from sugarcane and cellulose-based crop residues. Sugar mills no longer need to produce white sugar, they can directly produce ethanol. Anyway, white sugar is a killer and cause of many diseases. The non-refined raw sugar produced on a small scale by farmers can not only fulfil our demand but generate employment for a large number of youths. The vegetable oil-based biodiesel production is very much a practical alternative, but it always happens that the baby is thrown along with the bathwater. The High Speed Diesel (HSD) has the potential to cause environmental pollution and can impact human health adversely. To avoid this, we can re-energise our energy crop production programme. India has a huge potential to be self-sufficient in terms of energy and, at the same time, create many jobs.

3. A national policy review of fertiliser and groundwater usage

The agriculture scientists have often cited the overuse or compulsive use of chemical fertiliser as the reason behind the death of soil. How much nitrogen plants actually need for optimum growth and how much is pumped into them is a matter of debate. The general consensus that is emerging is that one must follow the recommendations of agro-doctors who must be deployed at the tehshil and taluka level.

We can save a huge amount of foreign exchange by using chemical fertilisers rationally based on the need of the plants and going by what’s mentioned in the soil health card (an unfortunate non-starter scheme) thus avoiding the overuse; not just because it’s an economic drain, but because it is having a negative impact on the environment and human health.

The year 2020 has been declared by the United Nation as the “Year of Plant Health”. Post-COVID -19, we much come up with an action plan for educating farmers, who are the producers and people, who are the consumers. Remember, food safety is as important as food security and bumper productivity alone can’t be the sole criteria. India is bestowed with the highest cattle population. A huge quantity of crop residues and the organic carbon-rich compost can enhance the value and reduce the burden of the import of chemical fertilisers. The barren land reclamation programme using organic/ green foliage composting can regenerate the degraded soil and agriculture and fodder production will engage more youth in agriculture.

Does anyone realise and know how much of food grains, milk, fruits, vegetable and fish are wasted in India, and who is responsible for this wastage? The government has itself admitted this during a Parliamentary debate when it shared the amount and the value of the food being wasted in India because of the lack of grain and cold storage facilities. Even now, when the Rabi crop is ready for harvesting, last year’s crop is still kept under tarpaulin covers under the open sky. Farmers become the victim when their crop is not picked up, or is picked up at a non-remunerative price, and it eventually gets wasted.

The Right to Produce Food and the Right to Waste Food should be very clearly defined and regulated. Just like burning the Indian currency is a crime or damage to any national property is a crime and a punishable offense, why shouldn’t wastage of food grains be declared a punishable crime? This problem becomes much more serious when the seed stock is wasted or poor quality of paper-certified seeds are made available to the illiterate farmers who have to bear the brunt. Even the insurance benefits are to cover input cost, but are not enough to cover for the survival. COVID-19 has taken away the focus from all the other problems related to environmental pollution, greenhouse gas emission by agriculture and livestock, water shortages, life-threatening pollutants and toxic residues in food threatening food safety and economics.