The future of rural India post-COVID-19

At this point, we do not know how long we will need to wait to contain COVID-19. We are looking at a ‘new normal’ shaping up, and being internalised by people who will learn to adapt to new processes of work and life. Post the crisis, we will need to repurpose our rural strategy, focusing on place-based economic opportunities, better services and rural infrastructure, and ensuring security and dignity of labour 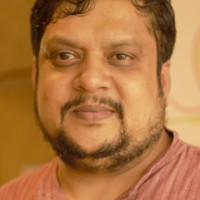 Returning to their families, these labourers are beginning to view villages differently. Photo: Pixabay

Ever since Independence, industries have been the temples of modern India. And now, with a fast-growing services sector, policymakers have focused on strengthening human capital, with investments in basic services such as health and education. When it comes to public infrastructure, they have also predominantly supported urban development.

We never imagined that rural India would endure as the country developed in the decades post-Independence. Policy efforts focused on villages were largely about ameliorating local conditions, such as lack of food or wages. With India’s urban population increasing, as well as the recent migrant crisis we have all witnessed due to the lockdown, one thing has become certain: The dream of urban opportunity has been dented. With this, social networks that brought migrant workers to cities have also been disrupted.

At this point, we do not know how long we will need to wait to contain COVID-19. We are looking at a ‘new normal’ shaping up, and being internalised by people who will learn to adapt to new processes of work and life. We are going to have restrictions on travel, hospitality, and entertainment; and on how society celebrates festivals, weddings, and so on. People will continue to be scared of transmission long after the lockdown ends. And with the economic crisis we are now facing, people will also be likely to hoard money. There will be more job losses too, as recent numbers from the Centre for Monitoring Indian Economy (CMIE) suggest. Overall, this is going to lead to a contraction on the demand side. While the Indian economy was facing a severe demand contraction prior to the pandemic anyway, the lockdown and the crisis have accentuated it.

As we have all seen in the news recently, migrant workers have been making their way back to their villages, many on foot; and most of those who are stranded or are still in the cities want to return home and be with their families. Given the trauma of this experience, many migrant workers may not want to return to cities, at least not in near-term, and some even when the situation normalises. “Bas, abhi wapas nahin jayenge,” they are saying (“Enough, now we’re not going to go back”). Most estimates indicate about 20 percent would stay back. This reverse migration, coupled with people no longer willing to move out of villages, will have a number of impacts on the rural economy and way of life.

For many migrant workers, the dream of moving to a large city for work and the opportunities it might open up, has in many ways been shattered. Now, returning to their families, these labourers are beginning to view villages differently. There are few who had not returned home in more than a decade, and living as they were in harsh conditions in cities, they now view villages as a safe space, socially.

Moreover, as various government schemes have brought ‘urban’ amenities to rural India—roads, housing, sanitation, gas cylinders, and now piped water—in the last five years, workers see their villages in a new light. Internet connectivity, brought about mainly by Jio, has also helped. This, coupled with the hesitation to go back to the cities, means that more people might like to remain in villages. Apart from the social safety net of being with their families, small parcels of owned land and the certainty of shelter seem more reassuring.

Naturally this will create new pressures: More mouths to feed, and more people sharing living spaces may result in greater frustration, domestic violence, and child abuse. There have already been reports of this during the lockdown.

There will also be pressure on the commons. With more people back in the villages, there will be greater demand for agricultural work. Some state governments are planning to allot common lands, developed as orchards, to returning migrants. In remote areas, we may also see pressure on forests to make land available for agriculture. Existing agricultural land will see intensification as well, with new investments in irrigation.

There will be a greater demand for work under the Mahatma Gandhi National Rural Employment Act (MGNREGA). This is likely to prove challenging for many, given that, if one hasn’t been in the MGNREGA system for four or five years, one will need to quickly get a job-card and also adjust to labour work.

Fortunately, many of these labourers will have acquired new skills working outside of villages—as part of the digital ecosystem (Uber or Ola drivers); working in factories (textiles or light engineering) or construction; or engaged in services and utilities (electricians or gym instructors). These trade proficiencies might help them create and find new opportunities in their local markets. Many of them, being young, could also bring new aspirations and a ‘can-do attitude’, which, once the trauma is over, can be expressed more visibly.

Living on the margins in cities, bereft of any social protection measures, these workers have built resilience and strong survival skills. They have learned what it means to thrive without government handouts, in harsh conditions. These experiences will hold them in good stead, as they find new opportunities in their local economy.

A rise in demand for better education, public healthcare, and social security

Most people migrate from villages to cities for two reasons. The first, to find a more lucrative source of income, which a majority do. The second, to find better living conditions, including better educational opportunities than those available in villages. Now that migrant families have returned home, the demand for improved public services such as education may rise.

Moreover, given the scare with COVID-19, and the awareness it has generated on the need for a well-functioning health system, people will demand better healthcare. We may also see a push in this direction from the development sector—from state and non-state actors, including donors. The country has seen the benefits of a strong public healthcare system and local democracy in the way Kerala has managed the crisis. I think they will want to see improved education and healthcare in their own villages as well.

Reeling from the lack of social protection in this crisis, people—especially informal workers—will also demand better social security. Today, we have about 450 million informal labourers, and every year we add between five and 10 million more. Not one of them has any kind of legal or social protection. In 2019, the Ministry of Labour tabled in Parliament a code on social security with a new set of protection guidelines, covering a wide range of workers, including those in the gig economy. Post-COVID-19, these efforts are likely to be intensified.

In the case of agriculture, there will be heightened demand for stability in farm income through increased irrigation, insurance, and climate adaptivity. Pre-COVID-19, remittance incomes from migrants in the cities were usually used to provide stability to the fluctuations of the agri-economy. In the absence of this, there will be a need to stabilise farm incomes. To this end, the farming sector will see a new demand as well. There will be pressure for major agricultural reforms to boost income; and there could be increased appetite for risk or for more secure contract farming arrangements. We are already seeing a greater openness to more risky, capital intensive, higher-return cash crops and farming—flowers, fruits, vegetables, dairy, fisheries, and poultry.

Additionally, the supply chain between farmer, farmer producer companies, cooperatives, and gated communities in cites, is going to change fundamentally. In the past decade, we have witnessed a shift in rural income sources, with a quarter coming from non-agricultural activities. With the pandemic, the coupling of the urban economy, the localisation of supply chains, and returning migrant labour may cause disruption. In my view it is unlikely that this will get restored anytime soon. And even if it does, it will happen in the context of a ‘new normal’. Disruption in supply chains, with inter-state logistics still not having smoothened out, could result in shorter, hyper-local supply chains. This could provide the impetus for agro-processing to happen closer to production centres.

Census Towns, and a ‘rurban’ opportunity

Census Towns 1 have been emerging as nodes for servicing rising rural demand. They have become a marketplace for production linkages with neighbouring villages. The 2011 Census reported a threefold increase in Census Towns, from 1,362 in 2001, to 3,894 ten years later. In the 2021 Census, an estimated 2,200 more Census Towns will be added.

Given this, there is an opportunity to leverage the Shyama Prasad Mukherjee Rurban Mission (SPMRM), which aims to develop rural areas by providing economic, social, and physical infrastructure facilities. In particular, it focuses on clusters of proximate villages and settlements, given their economic drivers, locational, and competitive advantages from being near urban centres. This is restricted to 300 clusters at present, and has not fully taken off.

Given the possible supply chain reconfiguration highlighted above, I think that a focus on building the rurban strategy, growing these census towns to perhaps 5,000 in number, focusing on agri- and allied processing facilites, supporting micro, small, and medium enterprises (MSMEs), and creating a space for more financing institutions and non-banking financial companies (NBFCs), can really strengthen local economy.

Then, as demand picks up over time, and as the government announces new packages and schemes for the poor, spending will eventually increase. And when it does, urban development can emerge as a significant opportunity.

The accepted wisdom that ‘India banayega Bharat’ has been upended by this crisis. We have to repurpose our rural strategy with a focus on place-based economic opportunities, better services, better rural infrastructure, and ensuring security and dignity of labour.

Anish is Co-lead at Transform Rural India. His areas of expertise include creating business organisations run by poor communities and facilitating participation of smallholder farmers in modern value chains.