You relish prawn often? Thank the many farms, and farmers’ heavy toil

Prawns are a favourite of both gourmet chefs and gourmands. However, prawn farmers often have to toil under the harsh sun and the humid air, which makes their skin leathery to touch 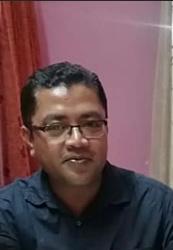 Prawns, the delectable delicacy with its unique flavours, are a favourite of both gourmet chefs and gourmands in the subcontinent and Southeast Asia. Occupying multiple niches in the Indian Dastarkhan, they are also perhaps the only crustaceans with a global culinary appeal. Of course, edible crabs are crustaceans, too, but they don’t appear regularly in the local Indian markets as they are caught traditionally, and the traditional catch is always in small quantities and also sporadic. Commercial crab farming hasn’t really taken off in India.

In India, prawns have been traditionally harvested for centuries from freshwater bodies, estuaries, backwaters as well as seawater lagoons with freshwater discharge from further inland. But it is commercial farming that ensures a steady supply of prawns in the market and on your dining table.

Prawns are significantly more expensive than freshwater fish like rohu, catla and marine fish like the mackerels and the pomfrets. The price of prawns is directly proportional to their size. This is because of the smaller the size, the more the discard. Since prawns have an exoskeleton, like other crustaceans, the shell is normally removed and so also the alimentary canal. In Odisha, though, people do cook prawns with the shell intact, but it’s always advisable to de-shell to avoid the risk of food poisoning.

A prospective buyer usually looks for prawns not less than 10 cm (from head to tail), with 15 cm being the ideal size, and is priced at about Rs 300 per kg. Some are willing to pay up to Rs 400 per kg for an 18 cm-sized lot — perfect for a special Sunday lunch in Odisha.

Size matters and prawn farmers are well aware of its economics. Unlike traditional fisherfolk who set up prawn cages to catch free-ranging prawns, or use cast nets in estuaries, prawn farmers have to make a considerable investment for a decent return. This is possible only when a harvest size is significant and of healthy prawns per acre. Simply put, this means calculating the number of prawns that can be cultivated in a farm each season — in other words, the maximum yield per acre.

While different species of prawns are edible, it’s the benami prawn, a misnomer of the species name of Litopenaeus vennamei (Whiteleg shrimp, aka the Pacific white shrimp), which is preferred by farmers. Despite the niche market in upscale restaurants for the famed tiger prawns, or penaeus monodon (known as Indian Black Tiger Shrimp in international markets), it’s the vennamei prawn that is popular both in the domestic as well as international markets.

The reason? Vennamei cultivation gives five times more yield than tiger prawns per acre and with a similar investment. Consider this: in an acre of farm, tiger prawns give a yield of about 10 quintals (1,000 kg); vennamei’s yield is 50 quintals (5,000 kg).

Prawn farming in Odisha is carried out in the districts of Jagatsinghpur, Bhadrak, Puri and Ganjam.

The coastal aquaculture in Odisha since independence has been spearheaded by immigrants from Bangladesh. The grit of the immigrants, toiling under the harsh sun and the humid air and ceaselessly working to make the earth yield its harvests, makes their skin leathery to touch and adds wrinkles to their faces.

Easy smiles break out on their faces at the prospect of a conversation on their life in the Odisha coast. Well-read and articulate, these immigrants are now integral to coastal Odisha. Immigrant homesteads along the coastal districts in small land holdings dot the state’s coastline. These have been built over land reclaimed from the sea, by patiently working the saline land, making it lose its salinity.

Ashish Karan is one such prawn farm worker with his roots in Bangladesh. He manages a two-acre prawn farm in Gopalpur in Ganjam district of the state, helped by a team of local workers. The owner of the prawn farm lives 300 km away in Visakhapatnam and visits the farm twice a week. The day-to-day functioning is essentially handled by Karan.

Karan started working in prawn farms as a teenager, having grown up in the vicinity of the vast prawn farms of Jagatsinghpur district.

Karan is all for the benami prawns, as tiger prawns, according to him, are more aggressive and each tiger prawn needs more space in the pond to thrive well and be healthy, as compared to the benami variety and hence the yield per acreage is just one-fifth of the benami.

He says the water should have 60 per cent salinity and 40 per cent sweetness. The sweetness can be adjusted by adding jaggery (yes, you read that right!). Other physico-chemical parameters like the pH, dissolved oxygen, ammonia content, BOD (biological oxygen demand) are all monitored regularly to ensure a healthy harvest.

A farming year normally has two seasons. Each season is typically of 90 days and commences from June. The first season is synchronous with the monsoons and provides a better harvest on average compared with the second season post-monsoon, which ends in December (the drier months).

Karan’s farm, on average, yields six tonnes per acre in the first season and four tonnes in the second — an average yield of 10 tonnes per acre of vennamei prawns per year.

Post-harvest, for maximum yield, the pond farms need to be dried out, and the soil reworked by applying lime at least once in two years. Lime helps maintain the pH of the farm water, preventing it from becoming acidic and also increasing the productivity of the farm pond.

The prawn farm where Karan works was set up five years back and has given steady yields, an outcome of regular monitoring of the seedlings to ensure early detection of viral diseases.

Among the many viral infections, the white spot disease (WSD) is the one to watch out for. It’s the most virulent of all prawn viral diseases spread by the white spot syndrome virus and affects both tiger prawns and white-legged shrimps.

Studies on prawn viral diseases note WSD as the most serious current threat to the prawn farming industry due to its ferocity. However, due diligence towards a supply chain of healthy seedlings and bio-security measures, including periodic monitoring for any symptoms of WSD in the farm, ensures a steady yield.

The other farms in Gopalpur set up by the local community have had unsteady yields because of WSD infestations, possibly because of insufficient skill sets leading to heavy losses. Harvest loss due to viral diseases are debilitating, wiping out any returns on investments — on land lease rental, electricity for aeration devices, staff wages, prawn seedlings, additives to maintain water quality, etc. Harvest loss and the subsequent financial setback is a major factor working against more community investment in prawn farming in the state.

No story on Odisha prawns is complete without the mention of Chilika prawns. Chilika, with an area of about 1,100 sq km, is one of the largest lagoons in India, a Ramsar Site hosting many migratory species in winter. Chilika has a separate forest division of the forest department and also the Chilika Development Authority (CDA), mandated to manage Chilika and its natural resources in harmony with the local community there.

With natural drainage from upland freshwater streams and an influx of tidal waters, Chilika is ideal for prawn farmers. Prawns being a lucrative commodity, its unorganised farming here had early on got the attention of local politicians. Prawn gheries, which are enclosures in open waters to trap prawns from upstream along with nutrients, and free-ranging fish seedlings had been coming up in the open waters of Chilika for many years. Politico-social backing had emboldened this economy.  By limiting nutrient flow and planktons, fish seedlings, along with the prawns and prawn seedlings caught in them, these gheries resulted in a slow and steady deterioration of the Chilika ecosystem by inhibiting the natural nutrient and biomass flow.

Putting up illegal gheries is much cheaper than investing in a full-fledged prawn farm and many illegal gheries thrived inside the protected waters of Chilika till recently. It is estimated that about 150 square kilometres of Chilika area were bound by such gheries. Visitors to Chilika could easily see these gheries in the lagoon waters.

All efforts to remove them met with limited success because of the politico-social resistance. However, since 2017, with Sri Susanta Nanda at the helm as the chief executive officer of CDA, there has been a marked and visible change.

Eviction drives, with the support of the district administration, were started to remove the gheries and illegal embankments after the monsoons of 2017. These efforts were further bolstered by the Odisha High Court, which in January 2019 took suo moto cognizance of these illegal gheries and  embankments. The high court  also set up a committee to monitor the progress of removing them. The removal of the gheries was necessary to restore the lagoon ecosystem and the task of removing them was completed by the middle of the year.

The CDA staff now patrol the vast lagoon, a research team monitors the primary productivity of the ecosystem as well as the fish catch (an indicator of ecosystem health) and collaboration with organisations like the Bombay Natural History Society helps monitor visiting waterfowl with annual bird ringing programmes. There are also annual winter waterfowl census count done with the help of volunteers and the forest department.

“Dolphin sightings have increased in the lagoon and they have also been sighted near Pallur, (a historic maritime port of the Kalinga empire), a positive indicator of the improved health of Chilika since the removal of the gheries,” saysNanda.

There are a number of prawn farms along the Malud Road from Pallur, which circumvents the outer arm of the Chilika and is about 15 km from Pallur. The farms are fed by Chilika waters.

The Odisha government, through its Fisheries and Animal Resources Development Department (FARD), has been supporting prawn farmers by floating various pilot schemes, offering subsidies, including lower electric tariffs, etc. However, the National Bank for Agriculture and Rural Development (NABARD), with its regional office in Bhubaneswar, doesn’t provide any financial incentive/support for prawn farming.

Currently, Odisha is second in tiger prawn production behind West Bengal and is ranked sixth in vennamei production with Andhra being the largest producer in the country.

The tables below give some details of both tiger prawn and vennamei prawn production in the country.

Odisha, with its fertile lands and blessed with abundant monsoons, can be a game-changer in coastal aquaculture. The better synergy between the Fisheries and Animal Resources Department, Odisha University of Agriculture Technology and the Marine Products Exports Development Authority will help increase prawn production in the state and make prawn farming a lucrative investment.