Well, it is time for a well’s wedding. And the groom is … a banyan tree!

Ever heard of a well getting married to a banyan tree? Or of how entire villages in Bihar and Jharkhand get together to organise this Kuan Vivah to get blessings from Nature and also clean up local water sources? 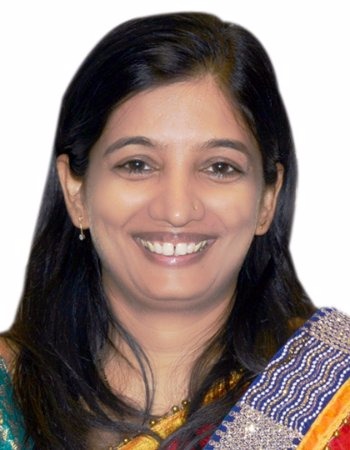 There are grooms aplenty in Bihar and Jharkhand doomed to eternally gaze at their brides day and night, and never converse with them or walk out of the wedding venue. They happen to be made of banyan wood and are married to wells! With DJs in attendance, if you please.

The tradition of kuan vivah, or getting a well married is not very rare in interior villages in these states. It is a prevalent custom that a well’s wedding must be conducted before moving into a new house where a well has been dug.

“The wedding is organised to purify the water and make it potable. This custom has been handed down generations. It is our lokachar [ethos],” Ashok Kumar Pandey, a priest from Deoghar, Jharkhand, told Gaon Connection.

Pankaj Kumar, a resident of Vikas Nagar in Ward number eight of Barh subdivision,  recalled to Gaon Connection that an elder in his mohalla (locality) took this initiative a couple of years ago out of necessity. Traditionally, residents do a koop poojan (worship of the water deity and well) before conducting a puja for a happy occasion.

There’s a reference to a similar wedding in one of the Tenali Rama stories too. It is said King Krishnadevaraya and his wise advisor Tenali Rama fell apart, and talk of a well wedding showed the King where Tenali was lying low.

“All this while, we had to go to another locality with a ‘married’ well and do our rituals, because using the water of a kunwara kuan [unmarried well] doesn’t augur well. We need water from a ‘married’ well to keep the deity happy,” Kumar said.

One such grand kuan vivah was witnessed by people residing in Vikas Nagar in Bihar’s Patna district on November 28, 2019. The wedding date was decided in consultation with a local priest, like for a human wedding.

Each household contributed Rs 500. “A sum of fifty five thousand rupees was collected from local residents, while the remaining amount of about a lakh rupees came from hefty donations by affluent villagers,” Kumar said.

The wedding of the well was held at a cost of Rs 150,000, said Sharmila Kumari, Vikas Mitra of Ward number 8. People from five villages took part in the wedding, which began with an akhand path (continuous chanting of hymns) on November 26. There was even a haldi ceremony. The wedding procession had about 100 people in attendance, 50 from each side (kuan bride and banyan tree bridegroom).

“The baraat (procession) started from Anugrah Narayan Singh College, Barh, and reached Vikas Nagar late in the evening, and the banyan wood groom was finally married to his well. Taking on the role of parents were villagers late Bachchan Paswan [bride’s father] and Ram Paswan [groom’s father]. The residents enjoyed a lavish spread, and a DJ regaled guests and hosts,” Kumari told Gaon Connection.

Fond memories of a wedding

Mumbai-based Sonali Kumar’s eyes twinkle at the mention of the well in her parental home and its grand wedding. She fondly reminisces how she and her siblings proudly hosted one such wedding in their new home in an old-fashioned neighbourhood in the coal capital of Dhanbad (present-day Jharkhand state), in the late eighties.

“The wedding of our well and banyan tree was solemnised during the house warming of our new home. We could move in only after that ritual was complete. I remember nagging my grandmother so much over whether the well is the bride or groom; who is the well getting married to; and if it would be sent away after the wedding,” recounted Sonali.

There’s also an environmental reason behind the wedding. Elucidating the reasons, Eklavya Prasad, managing trustee of Megh Pyne Abhiyan, a non-profit that works on issues of water distress in East India, said: “The intent behind organising a well’s wedding is to rejoice at the water source’s existence, accept the responsibility of protecting its purpose, ensure intergenerational transfer of collective responsibility, and the continuity of the water source.”

Ekanand Pandey, another priest from Dhanbad, said this wedding is a way to appease the water God Varuna and other deities and seek blessings for a new beginning. “The banyan tree represents the Trimūrti — the three lords of cosmic creation, preservation and destruction, namely Lord Brahma, Lord Vishnu and Lord Shiva,” he added.

The village well or pond is a highly revered space. Said Prasad: “The sustained use of common pool sources such as water bodies — pond (pokhar) and dug well (kuan) — was ensured through collective operation and shared maintenance protocols and practices. And, they were primarily controlled by religious, cultural and even ecological value systems.”

The element of celebration and festivity has proved a game-changer when it comes to ensuring maintenance of water sources. Prasad’s organisation had introduced the practice of celebrating water through the Jal Mahotsav in Bihar, way back in 2007.

The water festival was organised in partnership with local organisations in a few panchayats of Supaul (Gramyasheel), Saharsa (Kosi Seva Sadan), Khagaria (Samta), Madhubani (Ghoghardiha Prakhand Swarajya Vikas Sangh) and Pashchim Champaran (SAVERA and Water Action) as a precursor to dialogue and interaction around water at the panchayat level. “The celebrations were of immense help in facilitating the dialogue,” added Prasad.

While Kuan Vivaah is a must for a housewarming, Kuan or Koop Poojan is celebrated when a male child is born in north India, and Kuan Jhotai is done before a boy’s wedding in rural Meerut in Uttar Pradesh.

Ghaziabad-based sexagenarian Rajeshwari Singh remembers the Kuan Poojan organised on the 11th day of the birth of both her sons. “Invitations were sent out to all in our ancestral village of Behlolpur in Mawana Tehsil, and there was a lot of fanfare. In Kuan Jhotai that precedes a wedding, the groom’s mother goes to a well saying, ‘I will jump inside if you don’t bring a bride home,’ and her son has to persuade her to return. It is a fun ritual among the rural populace.” Both these happen to the accompaniment of traditional folk songs sung by womenfolk.

Agra-based mythologist Pratul Vishera said the reason for all these functions was that water is a vital natural resource no one can live without. “By worshipping water before any good deed, a person invokes the water deity and seeks its blessings. There is no running a household without water,” Vishera added.

Vishera added that in some cases, a person who is considered Manglik is also married off to a well. “Some places in Rajasthan follow this custom,” he said.

Prasad, however, rued that the spirit of these customs were getting lost in the race for modernity. “The increasing disconnect between the users and local water sources has started to erode. The fear is that both will soon not exist. There is a definite need to preserve the past in the present for a healthy future,” he said.