Pharmaceutical hubs in the country are becoming a source of environmental pollution as they release effluents heavily loaded with antibiotic residue that degrade water and soil health, and affect human health. The Baddi-Barota-Nalagarh pharma hub in Solan, Himachal Pradesh, is one such hotspot. 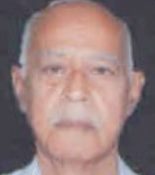 High antibiotic residue in the water bodies mutates the structure of the microbes. The antibiotics which could once treat these microbes have little or no effect on their mutated variants.

The Baddi-Barota-Nalagarh manufacturing hub located in the district of Solan in Himachal Pradesh is one of the major pharmaceutical hubs of India. It has over 670 manufacturing units accounting for over 35 per cent of the drug production in Asia. While the pharma hub produces critical medicines, it is increasingly becoming a source of environmental pollution.

The Veterans Forum for Transparency in Public Life (VFTPL), a nonprofit of retired armed forces officers, recently brought to fore the issue of pharmaceutical pollution in the waters of the Sirsa and Sutlej rivers. The effluent released from these pharma hubs is heavily loaded with antibiotic residue that degrades water and soil health and affects human health.

Also Read: Neither sewerage, nor sewage treatment plant, the Bharalu river is a sewage channel

The Veterans Forum for Transparency in Public Life investigated the health of the waters of Sirsa and Satluj river around the pharma hub. The investigation concluded that the water bodies were heavily laced with antibiotic residue. The concentration of ciprofloxacin, an antibiotic used to treat bacterial infections, was 296 microgram per litre (μg/l), more than 1,500 times the safe limit.

Barring a couple of responsible ones, all other pharmaceutical companies in the area release up to 200-kilo litres of effluents without any on-site effluent treatment. This also violates the guidelines of the Ministry of Environment, Forest and Climate Change.

Further, in a bid to cut down costs entailed with setting up effluent treatment plants, many companies release their effluents surreptitiously through concealed outlets. Some of the liquid percolates into the soil while the rest reaches the river waters through open nallahs.

The pharmaceutical pollution of river bodies is not limited to Baddi. Similar instances have been reported from the pharma hubs of Hyderabad in Telangana and Sikkim in northeast India. Rivers are lifelines of civilizations, and deterioration in their health affects the riverine ecosystem and human health.

High antibiotic residue in the water bodies mutates the structure of the microbes. The antibiotics which could once treat these microbes have little or no effect on their mutated variants. This condition, known as antimicrobial resistance (AMR), is already seen as an imminent public health emergency.

The writing is on the wall as in 2018, India detected 130,000 cases of multi-drug resistance in tuberculosis (TB). The ongoing COVID-19 pandemic has further fueled the AMR situation in the country due to the over-prescription of antibiotics. Globally, the mortalities arising out of it would touch 10 million by 2050 if the status quo is maintained.

Apart from overuse by humans and misuse by the livestock and veterinary industry, the untreated effluents from the pharma industries are a chief cause for the proliferation of AMR.

Tackling antibiotic pollution merits a harmonized approach enabled by a robust regulatory framework. To that end, the environment ministry had released a draft notification that prescribed limits for antibiotic concentrations in pharmaceutical discharge, but it is pending formalisation.

In a subsequent court hearing in the Baddi pharma hub pollution case, the NGT has prodded the ministry to speed up the finalisation of the standards for protecting the environment.

Till the standards are finalised, the court has directed Himachal Pradesh Pollution Control Board to lay down its standards under section 17 of The Water (Prevention and Control of Pollution) Act, 1974. Further, the Central Pollution Control Board has been directed to suggest a monitoring mechanism for antibiotic residue for all pharma manufacturers in the country that discharge pharma effluents directly or indirectly.

In India, only a few manufacturing companies which are also a member of AMR Industry alliance like NGB Laboratories, Centrient Pharmaceuticals, GlaxoSmithKline and Aurobindo Pharma, have adopted the practice of ‘zero liquid discharge’.

The court has accepted VFTPL’s prayer for further inquiry to establish the extent of pollution by the 270 pharma manufacturing plants in Baddi. A joint committee of the environment ministry, Central Pollution Control Board, Himachal Pradesh Pollution Control Board, and District Magistrate Solan has been directed to inspect, report violations, and submit a report within the next three months to NGT.

The NGT has recognised the dumping of pharmaceutical effluents into the water bodies as one of the chief proliferators of AMR. It is now up to the regulatory agencies to supplement the tribunal’s order with decisive on-ground implementation.

Bishwanath Prasad Singh, retired wing commander, is the general secretary of the Veterans Forum for Transparency in Public Life. Views are personal.