India, a pharma super-power, must address the serious threat of antimicrobial resistance

By the year 2050, antimicrobial resistance (AMR) is projected to account for over ten million deaths every year across the world, of which two million are estimated to happen in India alone. Over 30% of neonatal sepsis deaths in India are attributed to AMR. 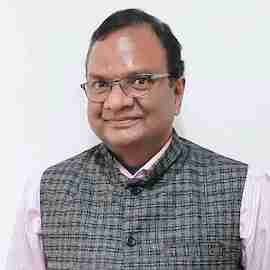 Humankind knows a thing or two about turning useful discoveries into threats for itself — be it fossil fuels, nuclear energy, or antibiotics. Antibiotics are arguably the most important scientific discoveries of the 20th century, though it’s difficult to quantify the quantum of lives saved by them.

Penicillin, the first antibiotic, alone, is estimated to have saved over 200 million lives. Now there are over 100 antibiotics saving millions of lives every day.

However, it was the discoverer of penicillin, Alexander Fleming himself who had first warned against its misuse and overuse while receiving the Nobel Prize. He cautioned the world way back in 1945 against the misuse of penicillin which could result in the selection of resistant bacteria, thus causing antimicrobial resistance (AMR). Antibiotic resistance is a subset of AMR, that applies specifically to bacteria that become resistant to antibiotics.

Today, that threat is being recognised by the highest leadership of the world with AMR having been declared one of the top ten global public health threats by the World Health Organization (WHO). In May 2015, WHO endorsed the Global Action on Antimicrobial Resistance.

Growing threat of AMR in India

By the year 2050, antimicrobial resistance is projected to account for over ten million deaths every year across the world, of which two million are estimated to happen in India alone. These projections were made in the pre-COVID era and are likely to be revised upwards whenever a scientific effort is made in that direction.

Over 30 per cent of neonatal sepsis deaths in India are attributed to AMR. To put these numbers in perspective, globally, ten million people annually succumb to cancer and, five million people have been reported to have succumbed to the COVID-19 pandemic.

The extra load of treating COVID-19 patients did more than just crumble the global healthcare system. Several studies show that indiscriminate use of antibiotics added hundreds of millions of extra doses — probably compounding the dangerous effects of AMR, multiplying its threat.

Due to overuse, misuse, and discharge of effluents, including pharmaceutically active compounds, resistance to antimicrobials like antibiotics is increasing. The WHO’s Global Action Plan comprises improving awareness and understanding of AMR, strengthening knowledge and evidence through surveillance, reducing the incidence of infection, optimising the use of antimicrobial agents in health, animals, and food, and promoting investments for AMR.

With the development of the National Action Plan on Antimicrobial Resistance (NAP-AMR) in 2017, India showed its willingness to lead the world in the fight against AMR. While different states were in different stages of implementing these guidelines, once COVID-19 struck, these efforts slipped in priority, and understandably so.

Now the question arises, where do we stand in mitigating the rising threat of AMR?

Need for the ‘One Health’ approach

AMR is a complex issue that is interconnected between the animal, environmental and human ecosystems. Let me share the example of the New Delhi Metallo-ß-lactamase-1 (NDM-1) – an antibiotic-resistant superbug.

NDM-1 first emerged in India and later spread to more than 100 countries. NDM-1 was also found in the remote region of the Arctic, and the possible reason for the spread to Arctic is the fecal matter of migratory birds, other wildlife, or human visitors.

As COVID-19 has demonstrated, even in the case of AMR, no one’s safe until everyone’s safe.

Hence, our solution to fight AMR should be devised from the ‘One Health Perspective’ which is inclusive of humans, animals and the environment.

Unfortunately, both globally and nationally, there has been a suboptimal implementation of the ‘One Health’ approach to limit the spread of AMR. India will have to be particularly cautious about the impact of AMR as it is not only one of the largest consumers but also one of the top two producers of antibiotics globally.

In the 2020-2030 period, India is projected to grow at a CAGR (compound annual growth rate) of 12 per cent. This means the production of antibiotics is likely to more than double in this decade.

Also Read: Interview: “Exponential rise in mucormycosis in India is alarming; not seen this anywhere in the world”

We also need better implementation of our rules on tightened sale of antibiotics – by states, pharmacies, healthcare professionals, responsible citizens, and other stakeholders in agriculture and animal husbandry.

Let’s admit it upfront, AMR can’t be resolved just by the government’s action alone. It needs a whole of society approach with participation from all fronts i.e., hospitals, industry, civil society organisations, pharmaceutical companies, and the citizens. Our healthcare ecosystems need to ensure that there is no over-prescription of antibiotics, and hospital wastewater is treated to weed out antibiotic waste.

The pharmaceutical sector should realise the long-term impact of AMR — once antibiotics stop working before new ones are discovered, their usage will go down and their production will suffer. Having controls in place right now augurs well for the future of the entire pharma sector and humanity in general.

Also Read: Coronavirus makes the pharma sector sick; those associated with the industry in a fix

India as a pharma-super power can set an example in the world by implementing good manufacturing practices which lower the concentration of antibiotics in effluents.

And lastly, an appeal to all my fellow citizens. We all have self-medicated occasionally, and we need to stop this practice. Just in the last decade, our antibiotic consumption has gone up by 103 per cent. As responsible citizens let’s resolve to not self-medicate with antibiotics and put an end to our habit of popping pills without prescription.

When the producers and consumers of antibiotics join hands to fight against AMR, we can surprise ourselves with how soon we can

bring life-saving changes to our society. After suffering the pandemic, we cannot afford to be callous with AMR. If we don’t up our guards now, then the silent pandemic of AMR will hit us hard.

Dr K Madan Gopal is a senior consultant with NITI Aayog. He is the member of the team behind the implementation of Rashtriya Swasthya Bima Yojana and is now contributing to Ayushman Bharat Pradhan Mantri Jan Arogya Yojana.